My name is Rup Roy Choudhury. I started my journey as CG generalist in some small advertisement companies were I was responsible for 2D and VFX works. Later after a year and a half I decided to move my career toward the big screen. I narrowed down my interest to dynamics in the process. Right now I work for a renowned company in India called Anibrain Digital Technologies, which does a fair share of contribution to Hollywood. I worked for some projects like Pompeii, Beyond the Mask, Olympus. 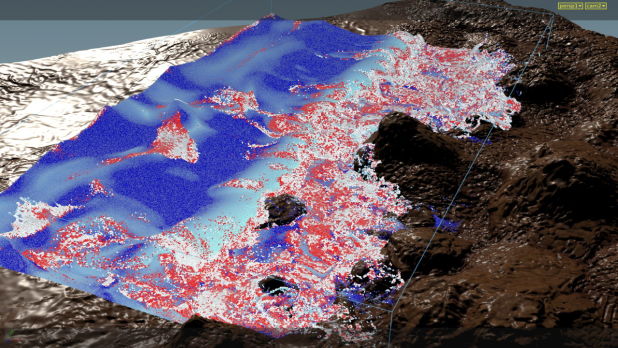 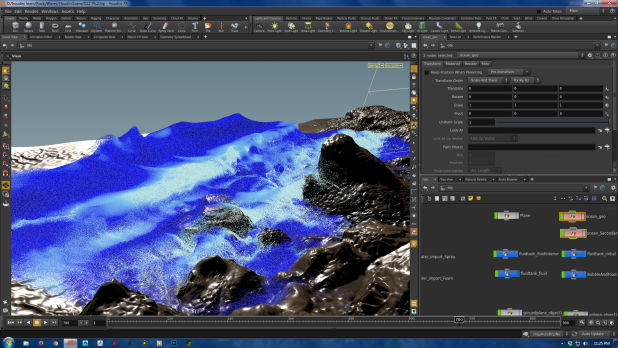 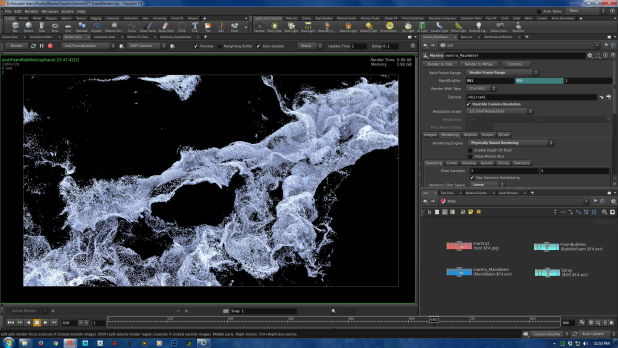 I recently started exploring Houdini and I was intrigued to the amount of data this software can handle and the level of control it can provide to a user. I did a few small tests till I finally decided to test its power. I started modeling my scene in Zbrush and made it quite detailed along with rough topography to test how much accurate Houdini can get with collision detection. I painted an 8K texture map using Mari and brought all my assets to Houdini. First thing that occurred to me before starting the main simulation was to maintain the scene scale. From my experience I have seen that without a proper scene scale the effect usually end up lacking realism and moreover most software in visual effects are based on real world algorithm. So I made my scene setup at world scale and started working. At the beginning I took a flat tank, i.e. a container filled particles and then created a grid plane with an ocean deformer to influence the particles. I kept the deformation of the plane to a minimum and reduced the velocity influence as wave loose energy as they reach the shore. Houdini’s collision geometry worked like a charm, but I had to boost up the geometry resolution to get the maximum details out of it. Finally when I got the main fluid simulation at a good performance, I moved on for the secondary elements like bubbles, foam and spray. Initially I started with the handy shelf tools which gave me a good point to start but I ended up splitting the simulation and doing each element separately. This gave me the control over performance and looks. For the meshing I went back to the older method called particle fluid surface instead of the faster VDB as the filtering options deliver much better results. For the final rendering Mantra became my primary choice. The latest Principle shader gave a very realistic look to the scene. Even with such a heavy scene, both mantra and Houdini remained extremely stable and I tweaked my shot without any hesitation. All though I had to upgrade both my Ram and Hard drive’s capacity to make the final caching. Finally I took all my renders to nuke for the final composite. Nuke’s ability to handle 32 bit exr, it gave me control over the final look. With color correction and post motion blur I completed the video.

The Power of Procedural Effects 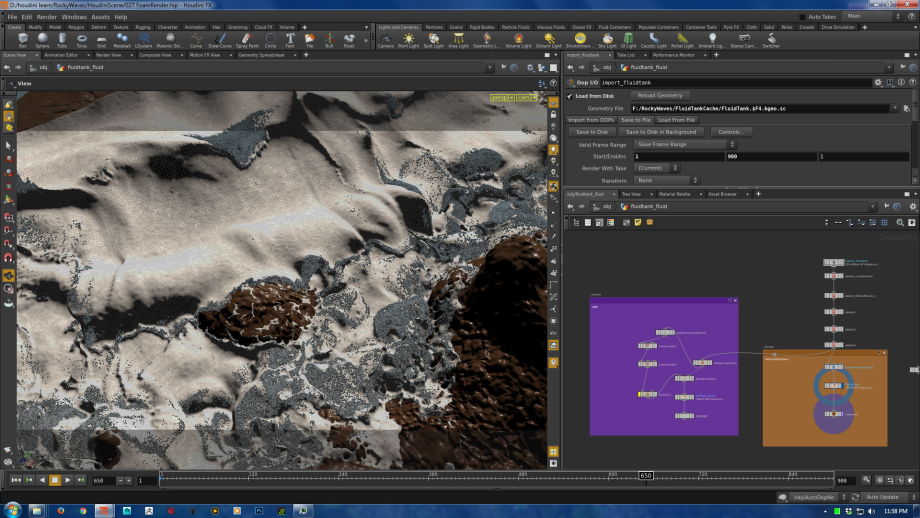 Working at a production house artists frequently face critical changed from the supervisor or the director. Usually in a destructive workflow it will become a nightmare if some model or animation got changed. This is where procedural workflow of Houdini comes in handy. It can adopt and update its scene accordingly without any or minimum re work. For my particular scene I did change the asset a couple of times as it was not appealing to me. Houdini’s data management is really optimized. Any fluid artist will know how fast their liquid simulation can get heavy. That’s why for both small scale and large scale liquid Houdini will help. More over the control that Houdini provides is unequal. If there is no option for some control, it will barely take time for the artist himself to create the option for himself. 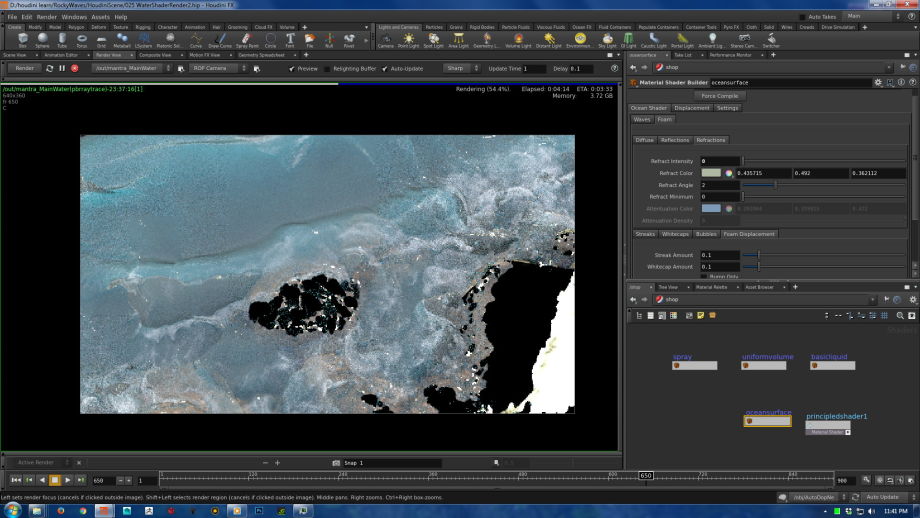 The main aspect of water or any realistic fluids like fire and smoke is the essence of the correct scale and speed. Humans mind can immediately detect that something is wrong if the correct proportions are not in place. Water simulations can be very demanding for any platforms. So for gaming the key note will be its shaders. With basic geometry deformations and realistic shaders and some handy particle sprites, people can get pretty awesome results. Recently I have seen developers create much more realistic fluid simulations like nvidia’s Flex can be real game changer. Last but not the least, Houdini itself has a new tool set inbuilt which can become a bridge between a simulation and a game engine. All though I have not used Houdini Engine, so I cannot say much about it.

Houdini being a complete procedural software, its main strength is no doubt in Dynamic simulations like fluids, particles, rigid body simulation etc. and even in custom shadercreation. It also happens to shine in the field of motion graphics and A.I’s like crowds. The fact being Houdini does not separate its components as different data types, for it data is data and it does not matter if that component is a particle or a geometry or image composite. To be honest Houdini has been growing at a massive pace and answering to all artists’ need and practically I have only scratched the surface of this software. With every new version Houdini is getting lighter, faster and also able to use all hardware to its fullest. It is slowly becoming the industry standard for visual effects.