Ilya Loginov did a breakdown of his stylized female character Magic Girl made with Maya and ZBrush using ZModeler. 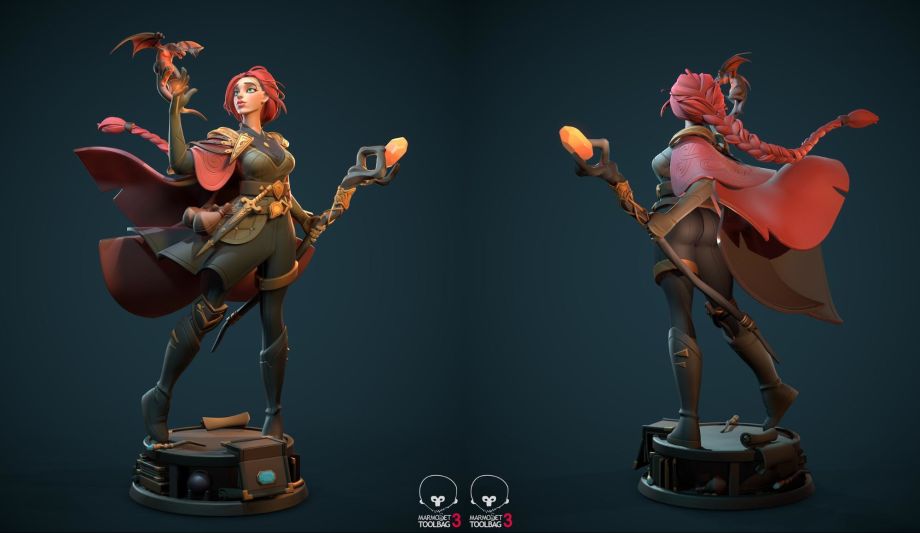 Hey everyone. My name is Ilya Loginov, I am 26. I was born and grew up in a small town near Moscow. Currently, I work as a 3D character artist at Crazy Panda on Pirate Tales project.

I started to learn 3D with 3ds Max in 2013. At that time modeling was a little hobby for me and until 2017 I was spending not much time doing it. Later, however, I decided that I want to become a 3D artist, so I went to Scream School in Moscow to study Game Graphics. There, I realized that I want to focus on the characters.

I really like Terry Wei‘s artworks, so I wanted to do something based on his concepts. Eventually, I chose two Magic Girls. In this article, I will talk about one of them. 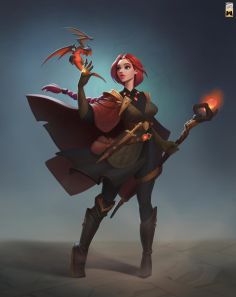 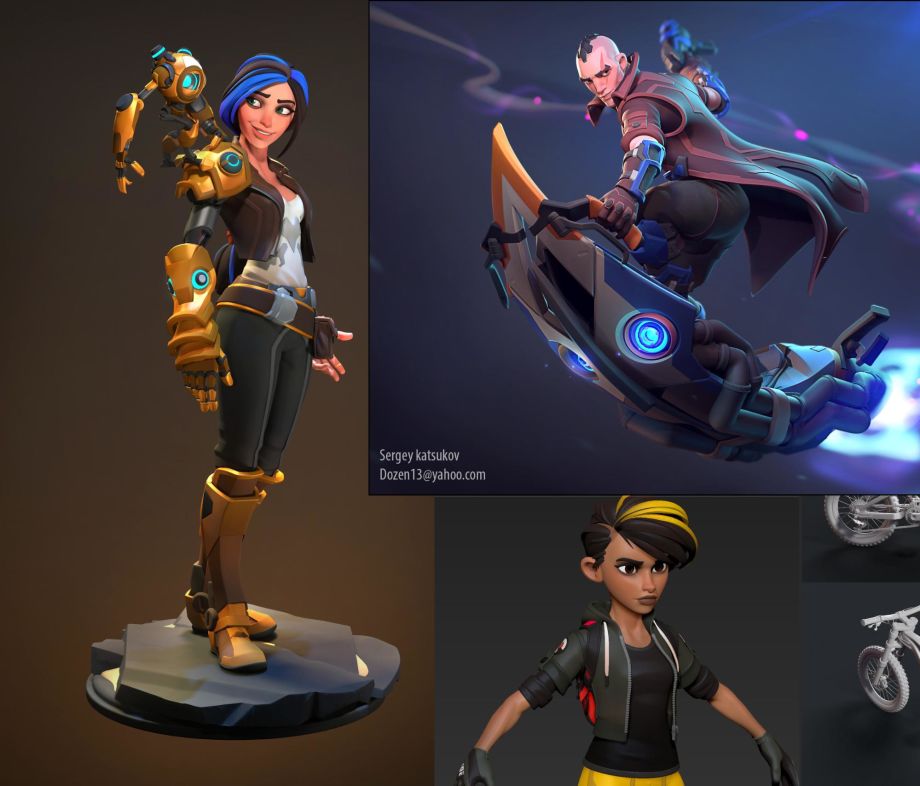 During this project, I wanted to practice and experiment with modeling, look for some new decision in balancing ZBrush/Maya, plus get better with ZModeler and try to create as clear geometry as possible.

I started by simplifying the concept to better understand the shapes and volumes which also helped me to block out the model later. 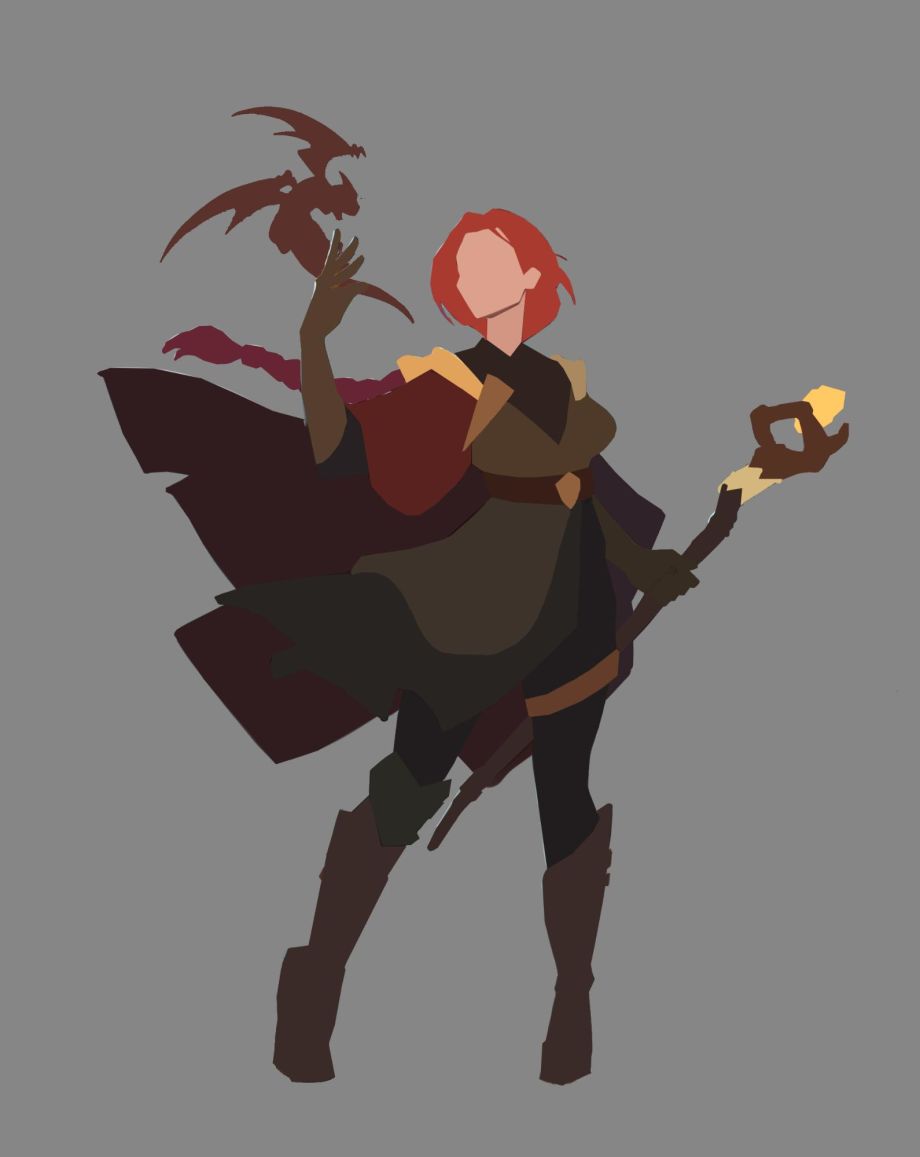 When I started modeling, I made the main forms symmetrically and then immediately decided to get variation in posture. In ZBrush, I worked in two ways: 1) modeling in symmetry and 2) modeling in posture. Some elements were modeled in symmetry, then exported to the file with the posture. 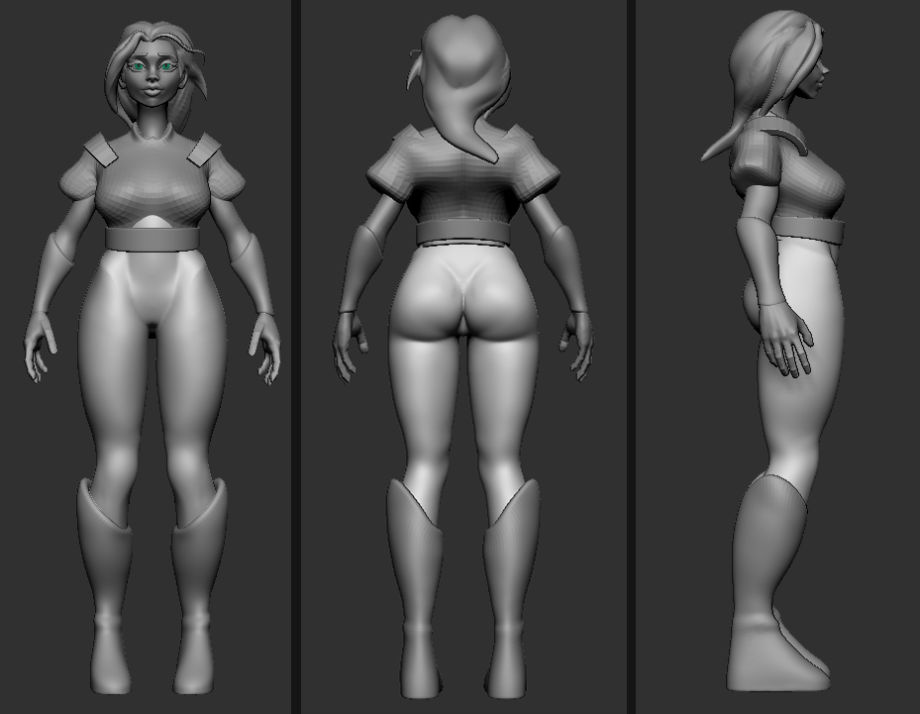 Now, I will try to cover some interesting parts of my modeling stage, beginning with one of the most difficult things for me, hair. 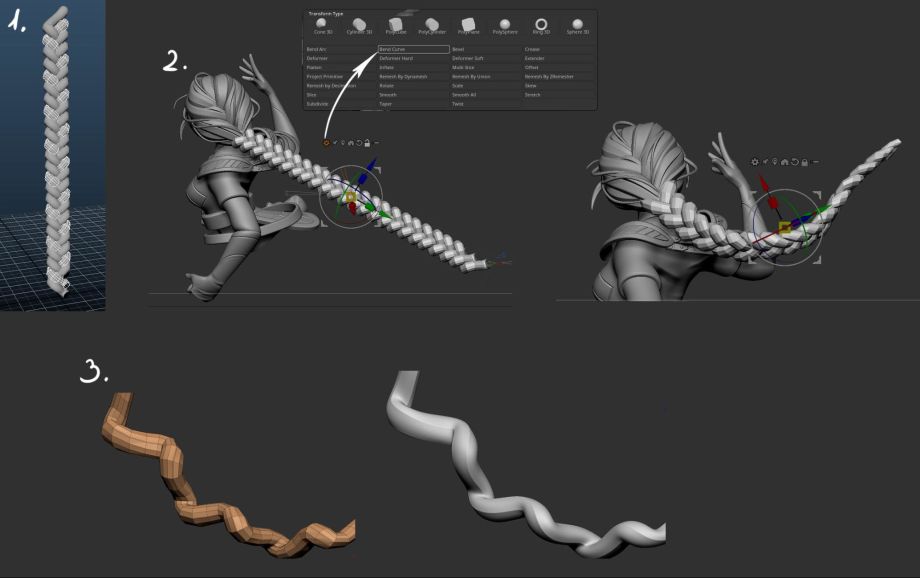 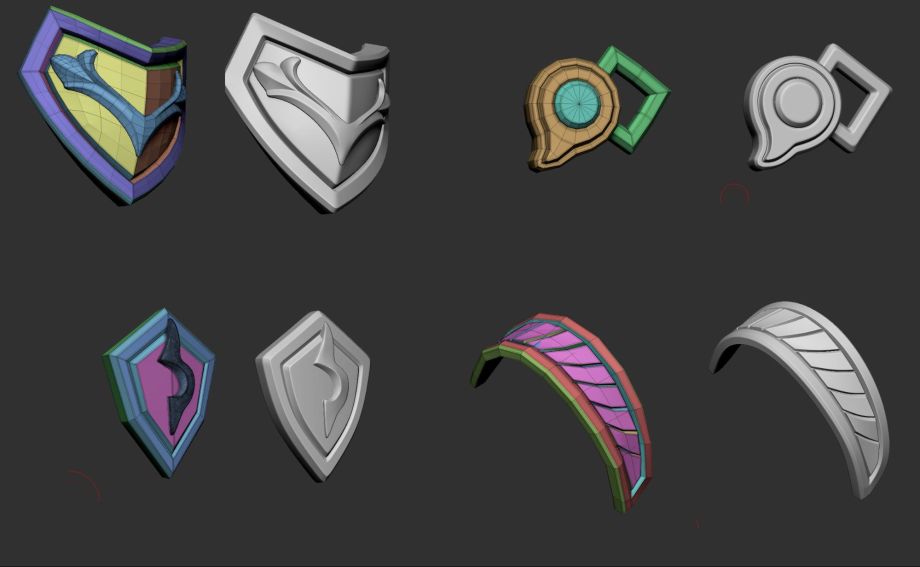 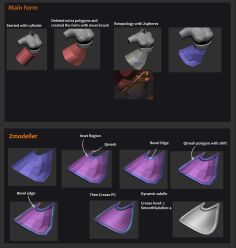 Modeling of the base

Since the pattern space is not so big, I decided to experiment and modeled it instead of using surface noise or alphas. 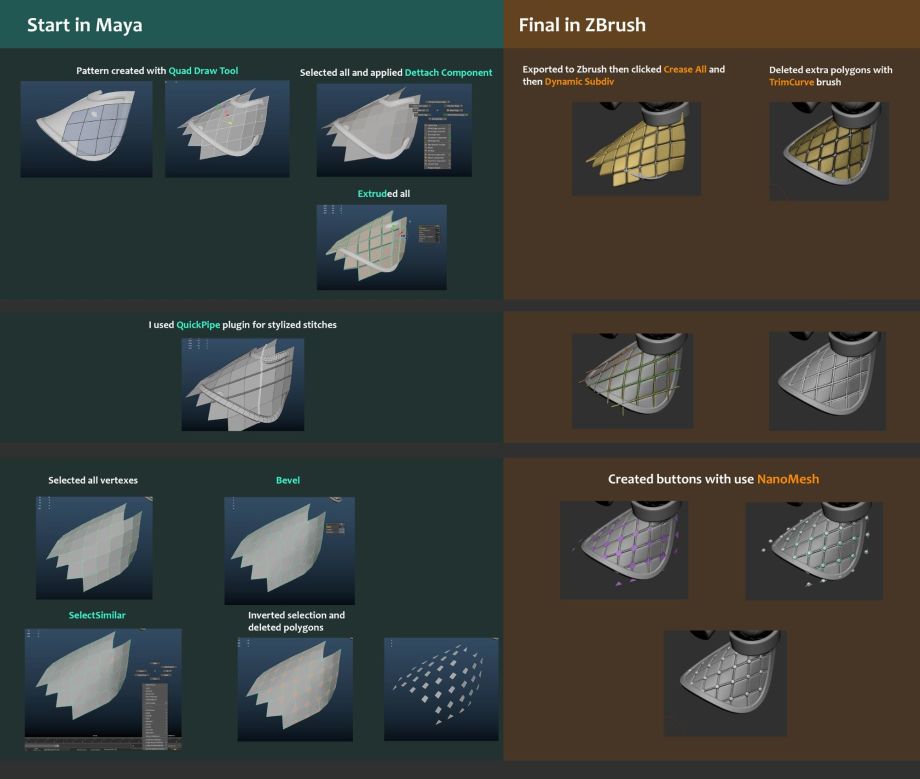 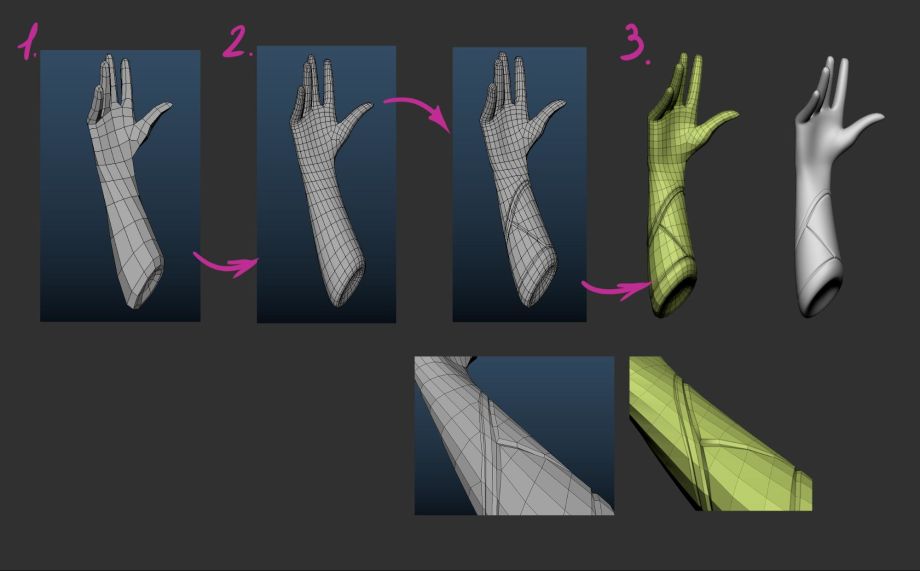 As my goal was to get as clear geometry as possible, I decided to model the pattern on cloak. For that, I painted a supporting pattern with polypaint and made retopology with quad-draw.

The rest of the parts were made with the same tools as before:

The staff was started with Zspheres, then I sculpted its form. Dagger is made with Zmodeler completely.

For the color, I did a very simple polypaint. At first, I filled all subtools with flat color and then painted some gradients to emphasize the volume a little. It’s especially important to add gradients on larger elements in order to improve the model because, with flat colors, it looks boring.

After painting, I used Decimation Master and divided the model into different subtools depending on the type of material (metal, cloth, etc.). Then, I exported it to Marmoset. 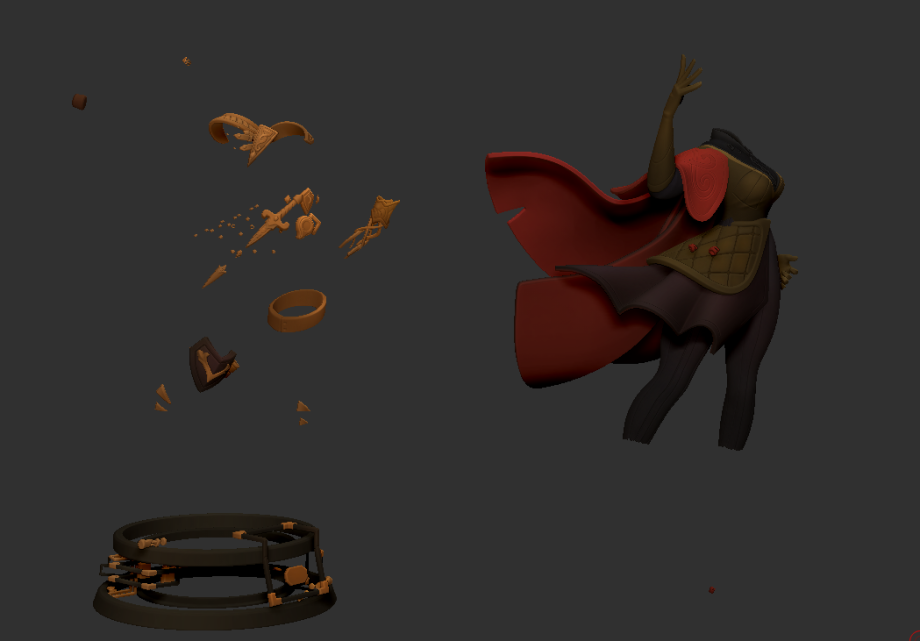 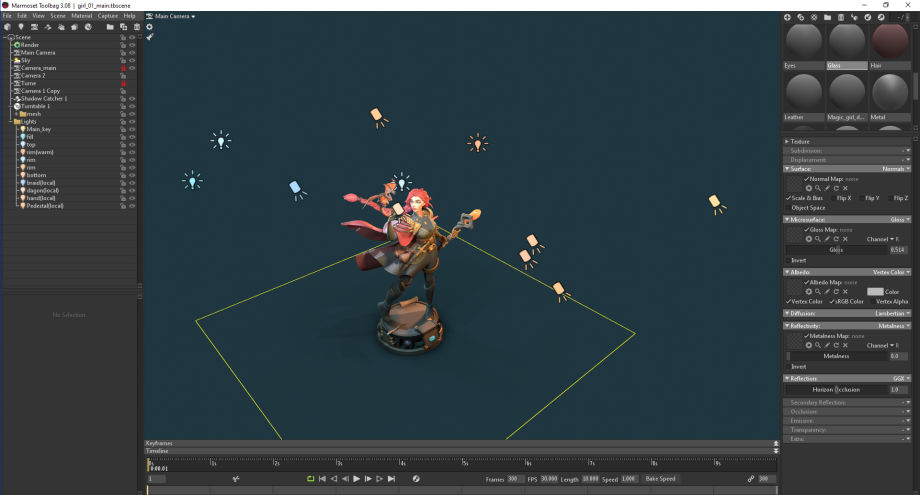 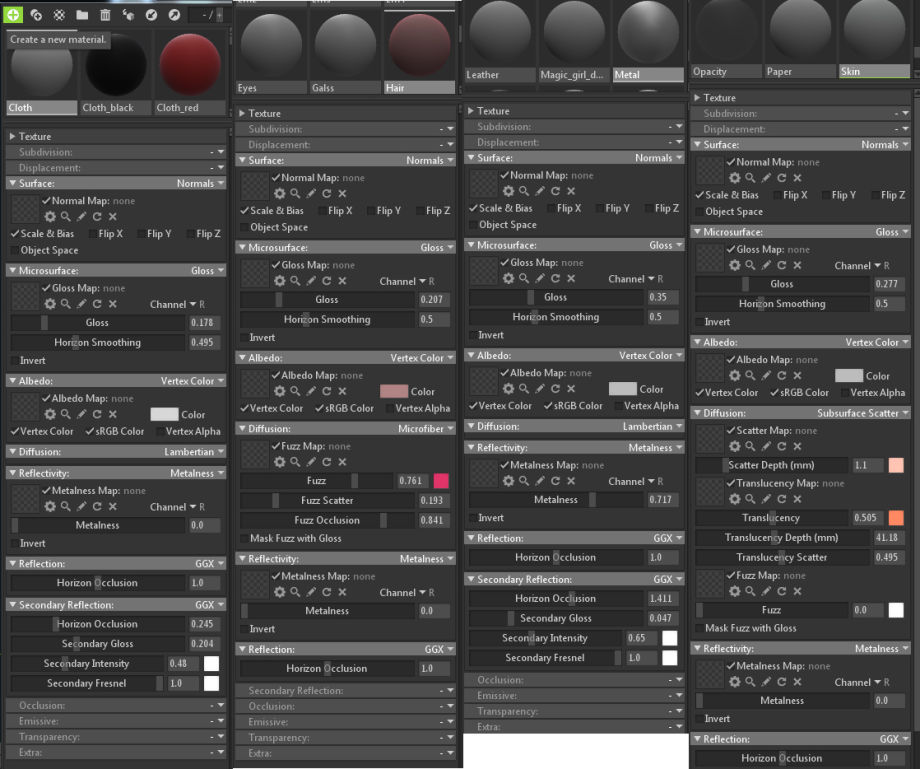 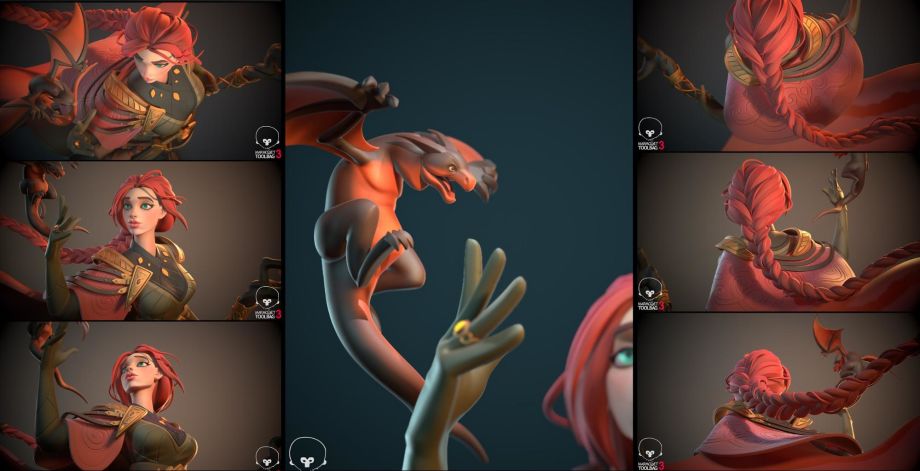 It was my first experience making a female character, and I found face and hair especially challenging. However, it was a lot of fun!

Hope you liked the article and good luck!