Mariusz Becker did a breakdown of his realistic architectural scene Brutalist Dreams made with Cinema 4D and Megascans. 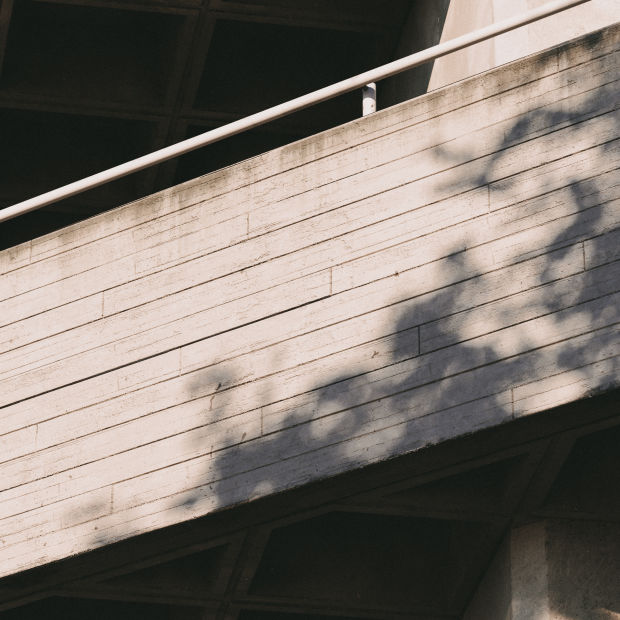 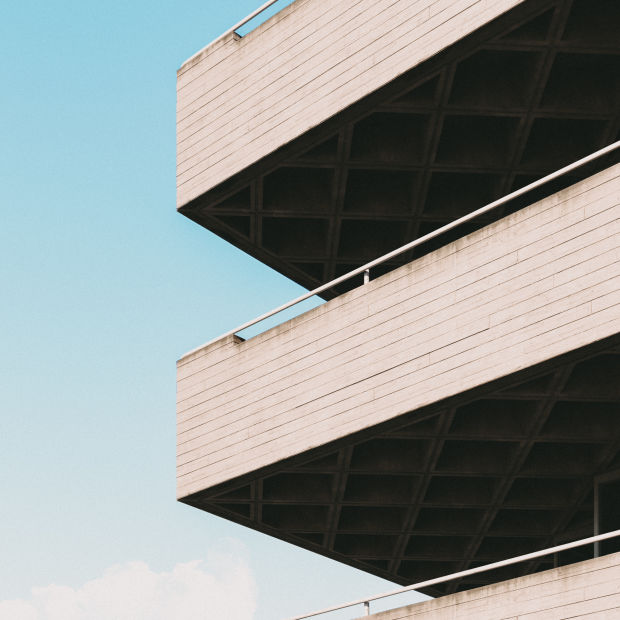 My name is Mariusz Becker and I am a 3D Artist from Cologne, Germany. I’ve started doing 3D around 4 years ago and have been working in the industry for around 3 years.

While I studied Graphic Design at the university, I had a few lectures about 3D. I never thought that 3D would be something I’d enjoy or even pursue as a career. It was slow, time-consuming and all the other students made way nicer images than me. More than that, most of the things we were tasked to render were product visualizations that looked like they came straight from the 90s, so I didn’t spend much time on them and only focused on getting the right perspective for matte paintings as I was into Photoshop-compositing at the time. In the last semester, while working on my diploma thesis, I was scrolling Instagram to distract myself and found out about Beeple. Suddenly, I became hooked by what he did, because it looked vastly different from the 3D we did at the university. The concept of #everydays (separate projects made every day) seemed like something that would really help grow – on the very same day I opened C4D and made my first everyday project. I kept doing it for over a year while relocating after the university as I got an internship at a studio and learned 3D again – as a job.

As far as projects go, I’ve been happy enough to work on a lot of fun projects with friends of mine. Almost all of my projects are advertisements for various products, as well as work for events and shows.

The idea behind Brutalist Dreams comes from my love for brutalist architecture itself, as well as photographing it. I love clean lines and the interaction of those buildings with their surroundings. While I’m not focused on the surroundings in this particular series I really enjoy the graphical compositions those structures offer when you take pictures of them.

In the beginning, it started with a whole different structure I did (which I might release as the second part of that series) and for that, I started to develop different materials in Quixel Mixer just to test the idea out and also because I didn’t have the textures I wanted. After I created some different materials and while looking at the reference images I got the idea to do something rather graphical. 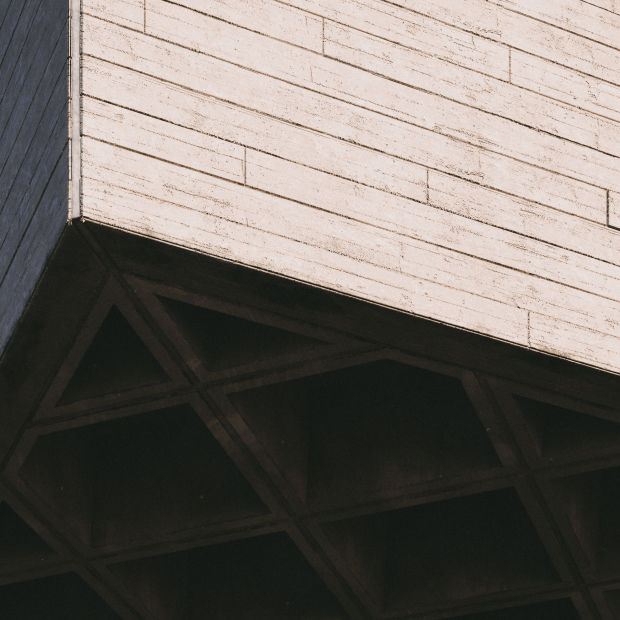 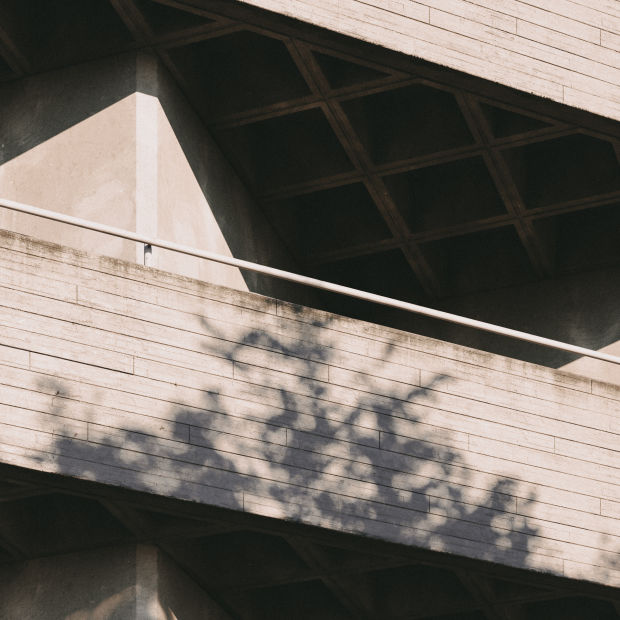 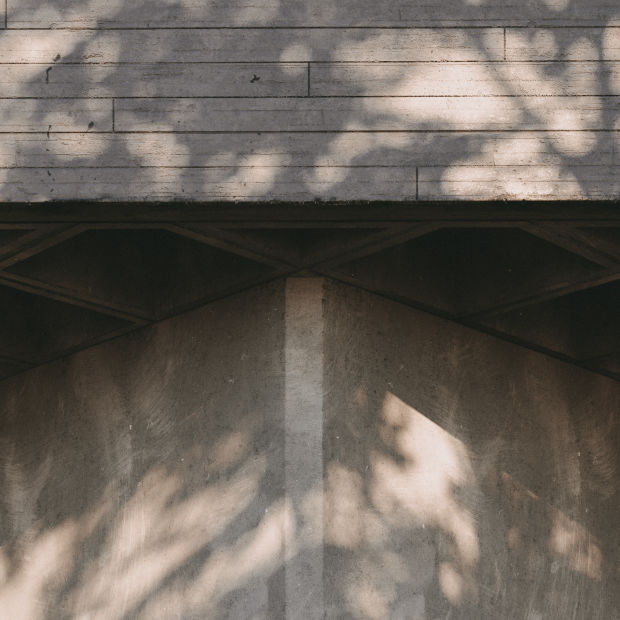 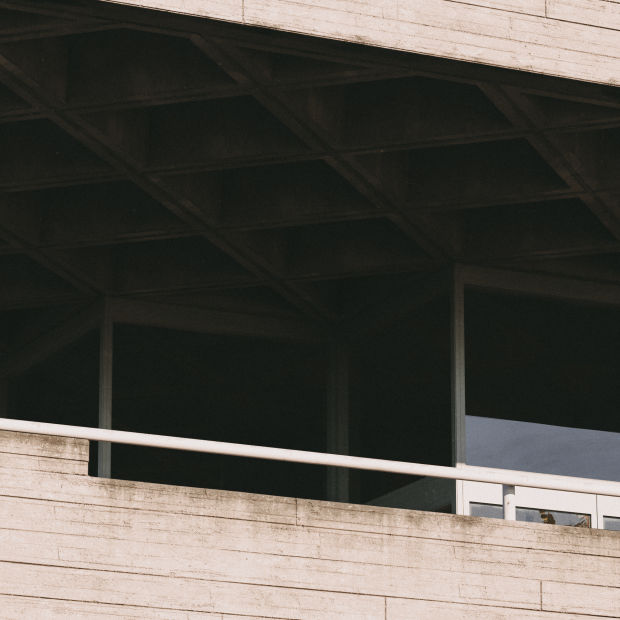 Cinema 4D has been my tool of choice because it was available to me when starting out due to the student license. Then, it just stuck with me and apparently fit right into the industry I later became a part of.

This structure on the bottom part of the building was actually fairly easy to create inside Cinema. Everyone uses different techniques but that one just worked for me. It’s mainly a result of inner extrude and extrude + a bevel on top to smooth it all out.

I started with an evenly divided plane, cut the general shape out, and then extruded the forms.

The Planks are purely displacement-based, as it was way easier for me to create it all in the material directly and being able to art direct it.

Originally, I created a material in Mixer that would also allow me to do the bottom part just by displacement but in the end, I found it easier and much better to control to just model it. Also, I had issues with stretching.

I think the most useful tool inside Cinema regardless of modeling or animation is the Mograph-Toolset. To be able to clone objects in a variety of ways, modify those with different effectors for position and rotation while keeping everything parametric is really what I consider one of the most powerful features inside Cinema.

As I said earlier I created several materials but ended up only using 2 of those in the whole image. I always tend to modify materials in Quixel Mixer but also in the render engine as this gives me the option to use one material but create several different variants for the given geometry in a scene.

The advantage of Megascans is definitely the sheer amount and outstanding quality of their assets. I started out using NDO and DDO for texture creation/texturing when I got into 3D, but Megascans is just on a whole other level than what I was able to generate from images back then. Apart from that, the scans are just great as I’m able to use assets with different LODs that don’t slow down my scene without having to go into ZBrush and optimizing the mesh.

The displacements & base materials I created in Mixer were loaded into Octane and combined with some hand-painted maps for wear and weathering from Photoshop – as the structure is UV unwrapped, this allowed me to put dirt exactly where I wanted it to be.

The Original Mixer Material for the slabs:

Octane Material for the Bottom Side

On the one hand, I definitely think you are now able to create things you weren’t able to create before without knowledge of material production. And for sure, I’d rather use a Megascans asset before spending hours crafting it manually because time is valuable. On the other hand, ready scans and assets from the websites only go so far. For me, the real advantage lies in the fact that I have a base from which I can work much faster and generate ideas far more efficiently. I become somewhat free in my thinking without the hurdles the assets can bring when being created manually. You are able to do fine without knowledge of material production, but then you are restricted by what is available to you and if the perfect material or asset is not there, you’re out of luck.

My Megascans favorites are definitely the dirt alphas. I use them extensively in a lot of projects as well as the scans of wood-beams + Concrete Chunks. Those are just great to work with. But when it comes to simple materials I use on a regular basis, then I go for different kinds of plaster which are almost everywhere in my projects. Sometimes, I use them just as a simple bump to break up even 3D forms.

This project, in particular, was pretty fast to render as it was an exterior shot. Exterior shots tend to usually be way faster to render due to fewer bounces. Octane Render and Redshift (which are the 2 engines I use on a regular basis) are GPU-based, so for my setup, I am currently using a 4x1080ti build as my main workstation with my old 2×1080 build as a slave.

As for lighting, I keep it always pretty simple as I’m a big fan of shooting with natural light when it comes to photography. Most of my personal scenes are made up of a simple HDRI or a Sun/Sky-System without any additional lighting. That being said, I sometimes use simple bounce-cards (just white planes) or absorbers (black planes) to brighten or darken specific parts of the image. What I love are the different shadow-patterns you get when sunlight falls through a tree, a window or whatever kind of an obstacle. So this is something I’m always trying to play with using actual trees or simple alpha maps of trees in front of the windows or structures. I feel that this makes the images more alive and gives them a sort of randomness as it‘s creating a lot of happy accidents along the way and still excites me.

The Scene Setup for the series is quite simple and contains only the essential elements (the 2 sticks are something that you’ll find in all of my scenes for height reference): 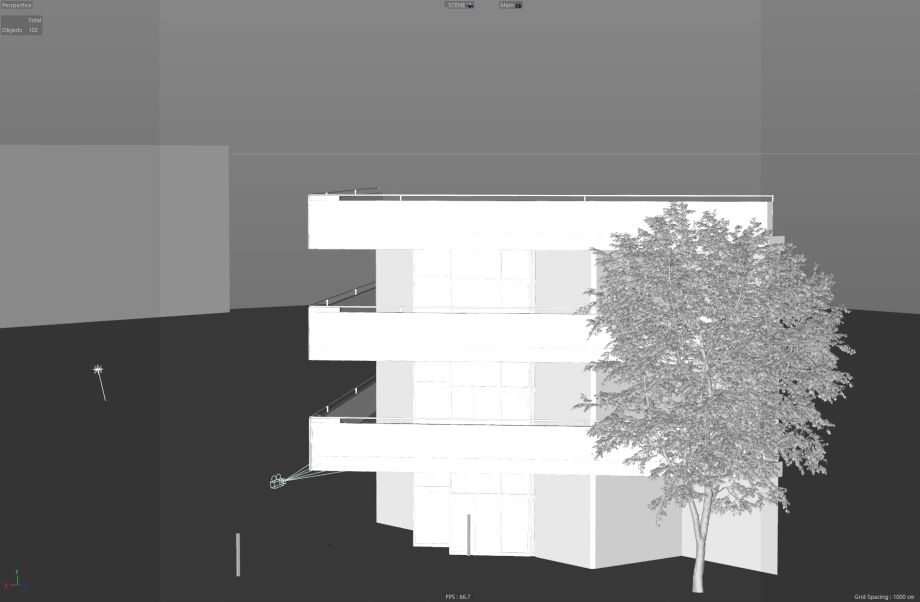