Meggie Rock talked about her latest scenes filled with beautiful vegetation she created with the help of Jeremy Huxley’s vegetation course from CGMA.

Meggie Rock talked about her latest scenes filled with beautiful vegetation she created with the help of Jeremy Huxley’s vegetation course from CGMA. 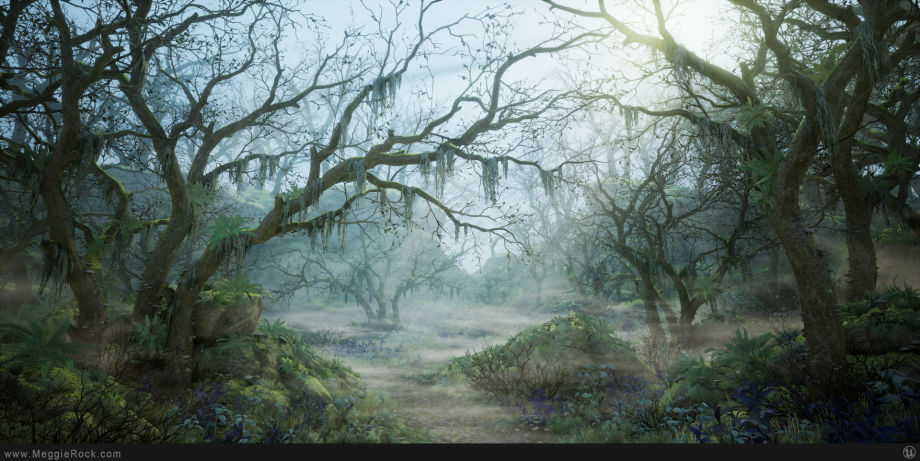 My name is Meggie Rock. I am an Environment Artist from Austin, Texas where I have been working in the game industry since 2013. Most recently, I was at Gunfire Games where we worked on a variety of exciting projects ranging from a soon-to-be released VR game, From Other Suns, to Darksiders III. I’m in the process of moving right now and will be starting at a new studio in December.

This scene was the product of Jeremy Huxley’s vegetation course with CGMA. This was my first time taking an online course. I’m a huge proponent of self-teaching and I was a little dubious if the course was going to be worth it. However, foliage for games is something that I find both fascinating and intimidating, as I’m sure many others would agree. I’ve been wanting to do a purely organic scene for ages, but would get overwhelmed when starting. Or I would get so laser-focused on creating the perfect moss or bark in Substance without actually following through with creating a scene. In the end, I couldn’t pass up on the opportunity to learn foliage tricks from a Naughty Dog artist. The course was a great experience and I’m glad I took the leap!

Organic scenes can lack the structure that man-made and modular environments have. They can be an overwhelming mess, especially at the outset. For anyone doing their first organic scene, I would urge them to keep the scope small. Either do a small close-up diorama or a scene in which natural elements are secondary so that they have a foundation to build on and a clear composition and end goal. 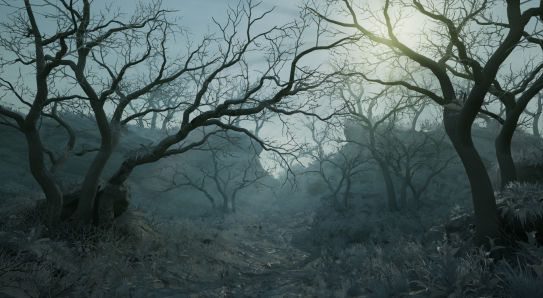 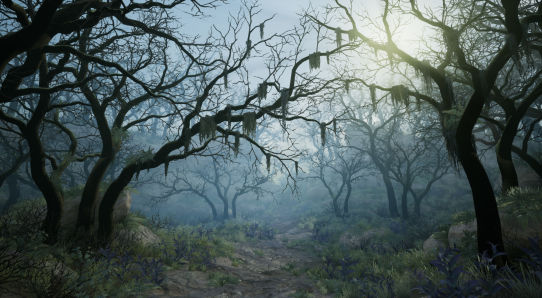 Luckily, the beauty of taking a CGMA course is that everything is broken down into weekly goals, which is a great way to approach any project you’re doing. (Excel is your friend.) Nevertheless, reference gathering and making a style sheet was still one of the hardest parts for me. If I’m not working directly from concept or in a production setting, I tend to work in an ad-hoc method, creating what I need as I go. Composition can also be a challenge since you may not have a focal point to center your scene around. On the bright side, organic scenes are very flexible and fun if you have the patients and creativity. I’m not entirely happy with the composition of this scene, but I did try to be mindful of how the curves of the trees and ground led the eye.

When it comes to resource gathering, websites like Alltrails.com can be a powerful tool. The image quality is hit or miss (you won’t be photosourcing textures from here), but it is a great place to start to develop an understanding of the region you are working with and what grows there. There are locations from all over the world. Of course nothing beats being able to walk out of your door and take pictures yourself, which was my primary approach. 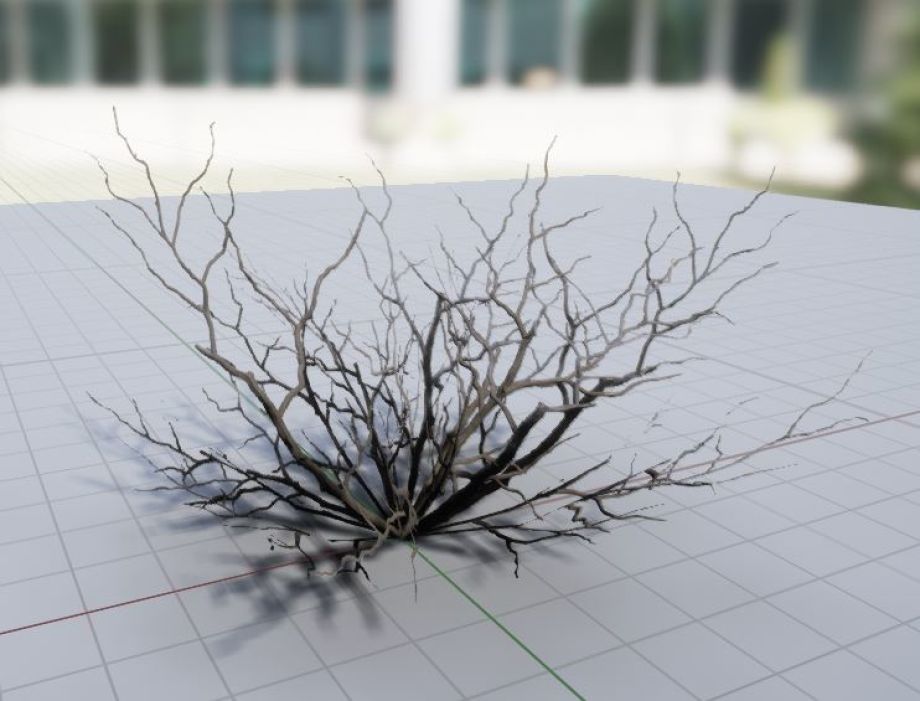 Something I try to remember is that the environment as a whole is more important than any one asset. And in production, making something “good enough” and cohesive is often a more valuable skill than making everything hero quality. Due to the time constraints, I really relied on that and other tricks to finish the environment. Material blends are a useful way to get more mileage out of a few materials. “Unoffensive,” boring textures can be really flexible. I knew that I wanted a world space moss covering the tops of my rocks, so I didn’t worry about over-doing the rock texture. 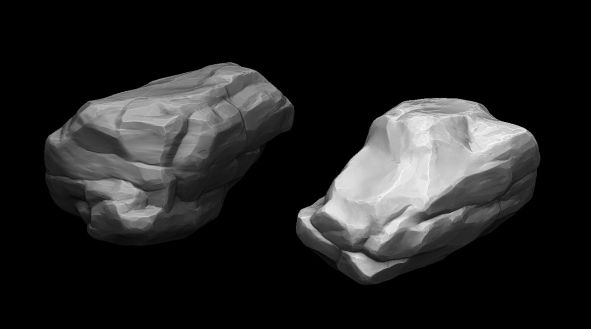 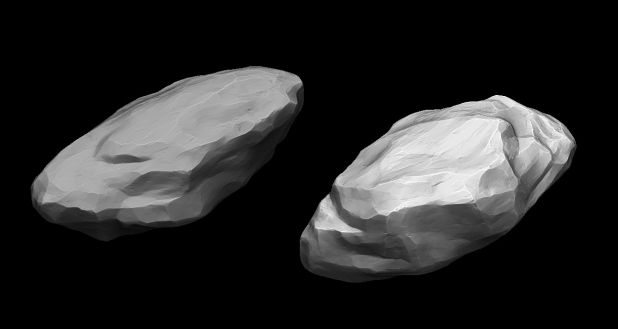 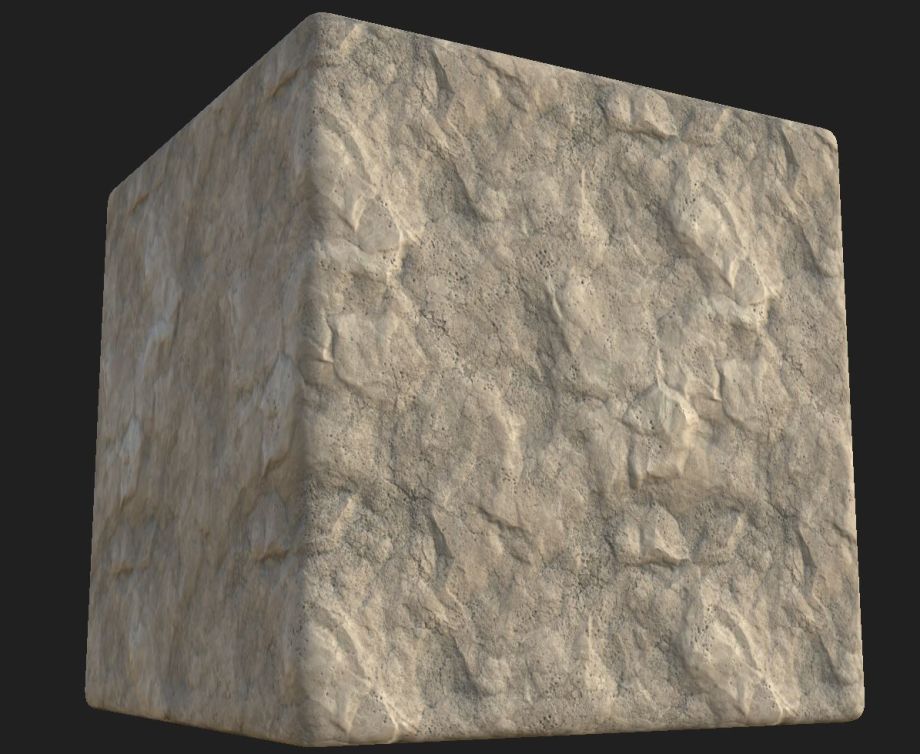 Lighting and effects can immensely change the mood of a scene or inform visibility, so it’s great to start working on those early. I love Unreal because it is so easy to use the resources they provide. My go-to’s are the dust particle system and godrays (found in the “Particles” project). Now that UE4 supports volumetric lighting, the godrays aren’t a necessity, but they can help highlight layers of the scene if used subtly. For this project I also used Unreal’s fogcard particle (found in the “Blueprints” project). UE4 makes adding these powerful tools to your project so simple and the payoff is immense. Environment art is already so broad, don’t feel that you have to reinvent the wheel.

As for asset creation, I was surprised by how straight forward and easy to grasp Jeremy’s methods were. Foliage isn’t necessarily complicated, it’s just often a long process of sculpting small pieces, painting them, placing and compiling branch cards, and using your cards to create larger plants. 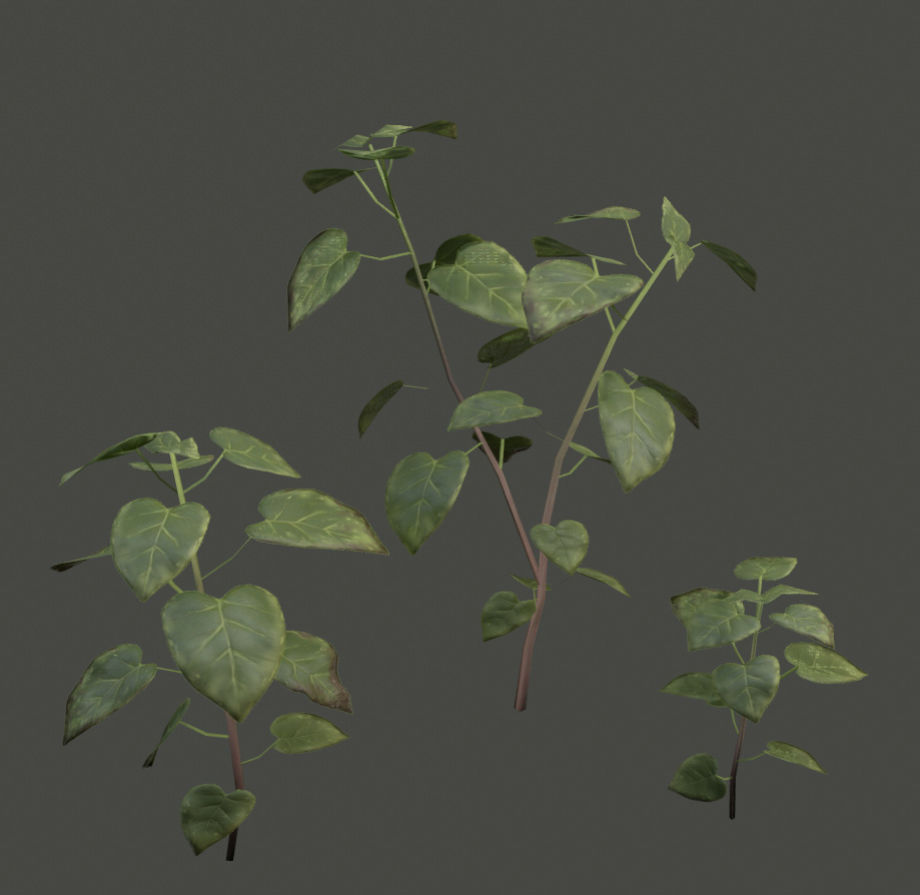 While tedious, sculpting and polypainting leaves in ZBrush gives you a lot of control over the look of your plants as well as how optimized the atlas is. Duplicating a sculpted leaf with a base polypaint lets you easily make variants of different conditions of decay and health. Crumple is great for dried leaves. The rake tool, or a brush with a similar alpha can produce ridges along the length. Deformation tools like twist and soft bend are great to get subtly differences in the normals. When it comes to polypainting a limitation I found was getting color variation without re-painting each leaf. A quick solution I found when compiling my leaf textures in Substance Designer was to overlay a blurred color map (any noise + gradient map + HQ blur) over the imported flat color. You can also overlay a perlin noise over the normals to get more wobbliness if you need it. 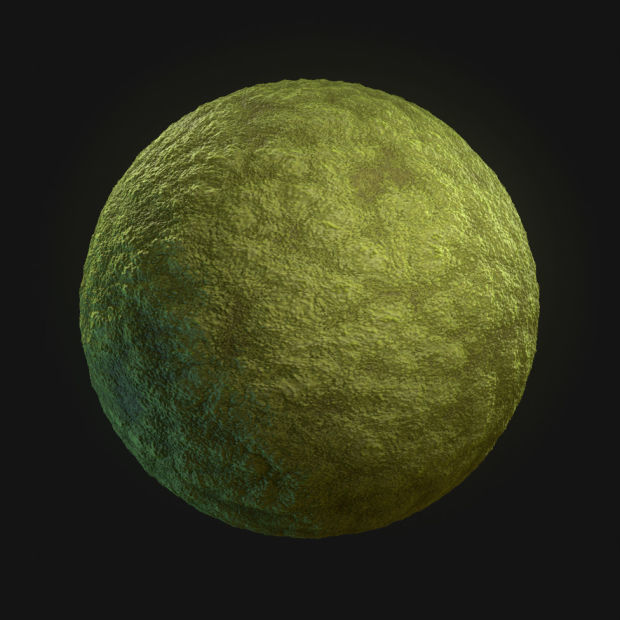 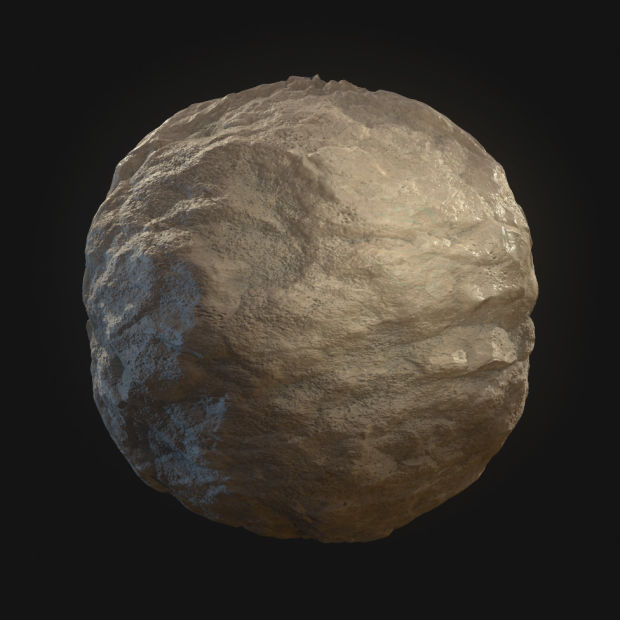 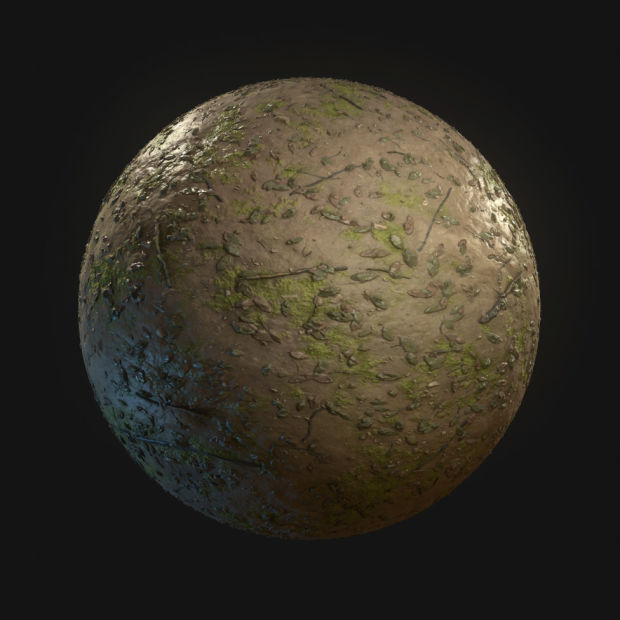 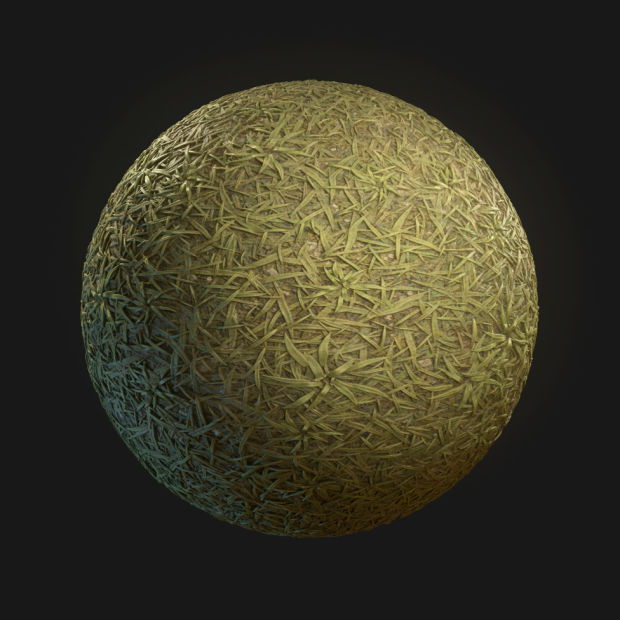 I’ve made Spanish moss with SpeedTree before, and while you may have more control, I’ve found it to be a bigger headache than anything. For this project I used Zbrush’s fibermesh for the first time. It gave me great results really quickly. Nanomesh and Fibermesh are both amazingly powerful tools for things like moss and grass and really quite easy to use. 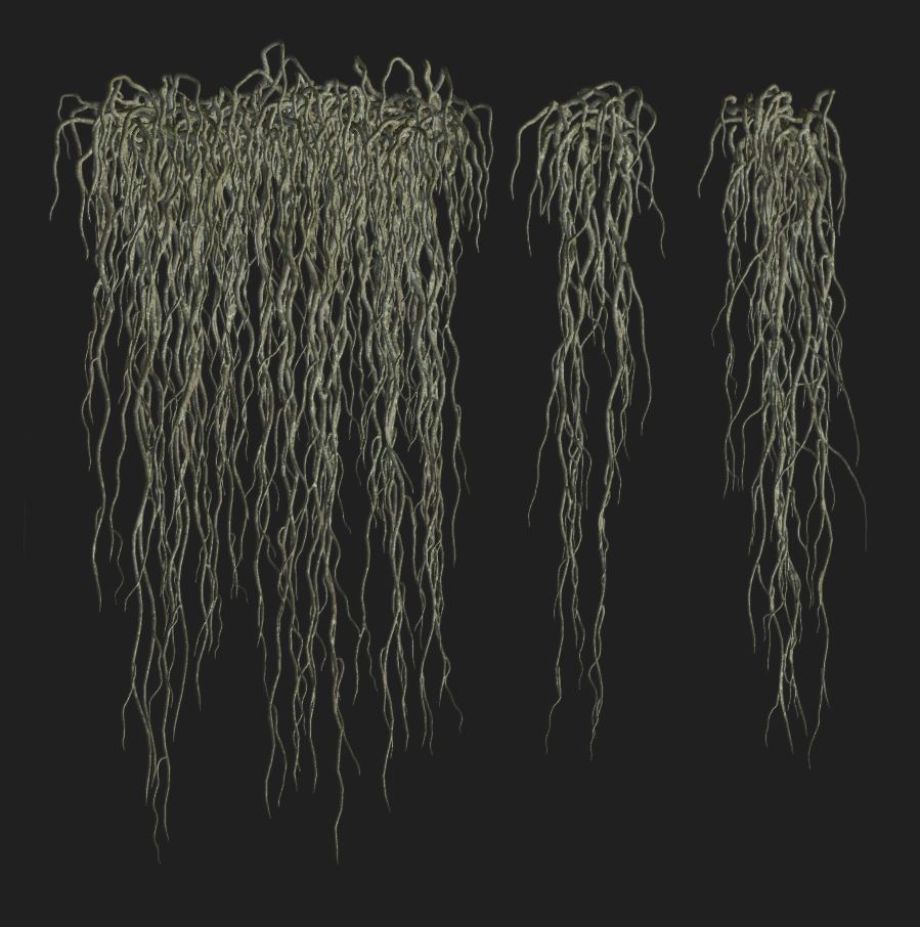 One thing that I do love about SpeedTree is the leaf map maker. It’s very similar to making a tree in the program, but you lock the viewport, turn off any shadow information, and export the resulting image. SpeedTree automatically creates base color with alpha, normal, and specular maps. It’s a wonderful time saver. For example, I was able to quickly add a few leaves to my original leafless branch card with minimal hassle and no rework of my existing branch cards that I had already placed on my tree in 3ds Max. You can also use these branch cards to make small shrubs. 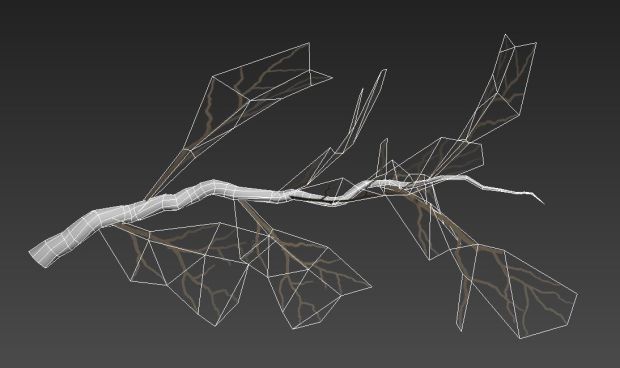 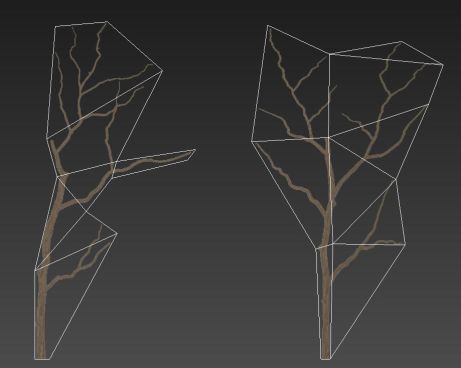 To create things like the tree trunk and branches, I used splines combined with a tapered and twisted cylinder and the PathDeform modifier. To get the gnarly oak tree look I added a noise modifier directly to the spline before using PathDeform. 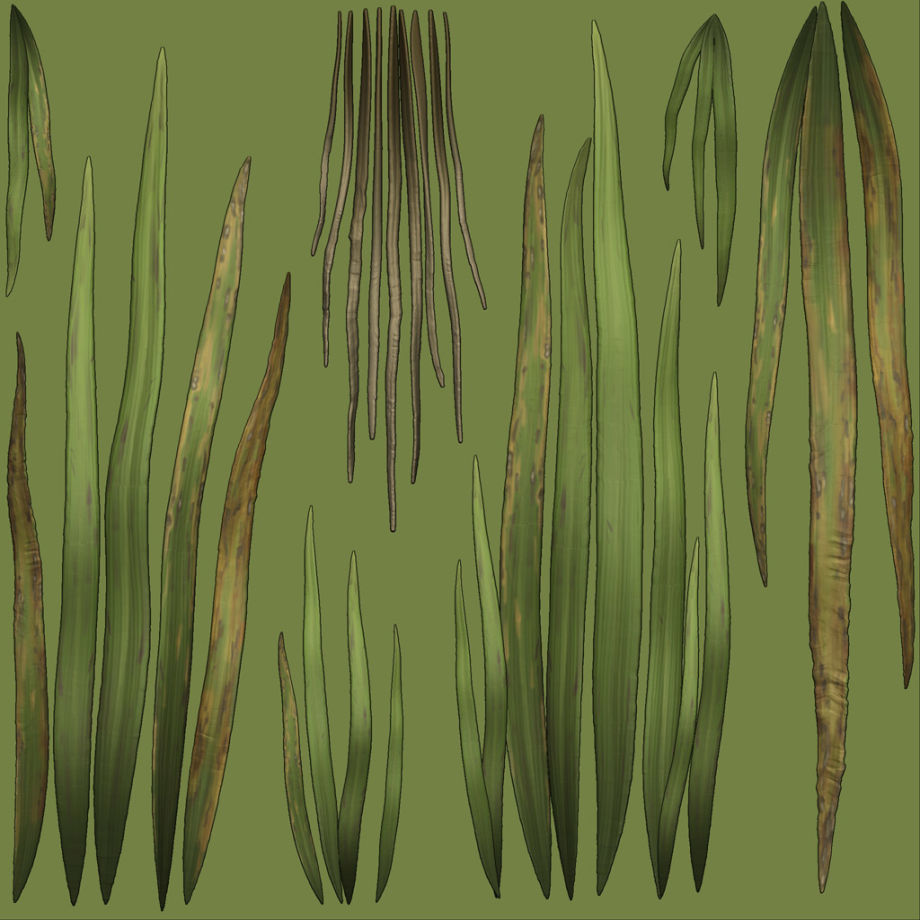 When working in UE4, I prefer to hand place the trees instead of making them a foliage type. Since they remain as a static mesh, you can still use the foliage painting tool to add things like mushrooms, creepers, and hanging moss directly onto the tree.

Overall, nothing in this scene is that complicated on its own. It’s just a lot of little pieces working together. I hope to keep adding to my foliage library in the future now that I have a better understanding.