Former Gameloft 3d artist Doru Butz gave a detailed breakdown of his amazing Cyberpunk Alley environment production. In this post he talks about meshes in MODO, lighting in UE4 and the use of Substance Painter for the creation of unique assets.

My name is Doru Butz and I am a 3D artist from Romania. I have a master’s degree in Photography and Multimedia from the Arts and Design University in Cluj Napoca. I’ve been passionate about games for as long as I can remember, so it’s only natural that I wanted to be part of making them. I am mostly self-taught when it comes to 3D and game development in general, since there is no such teaching programme in my country.

I’ve worked for Gameloft for more than 4 years, developing titles such as Asphalt, Nova, The Dark Knight Rises, Total Conquest. Then/More recently I became a part of a small indie team: Evozon Game Studio. For the last few months we’ve been working on an AAA art project and I’m responsible for the creation of environments and assets.

I am also a proud member of team Clusterfunk that won the Ubisoft Gamejam 2015. 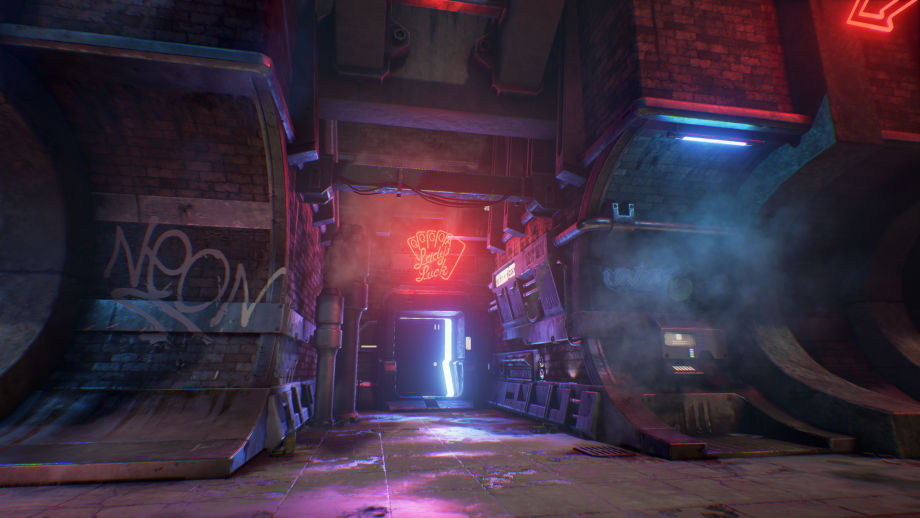 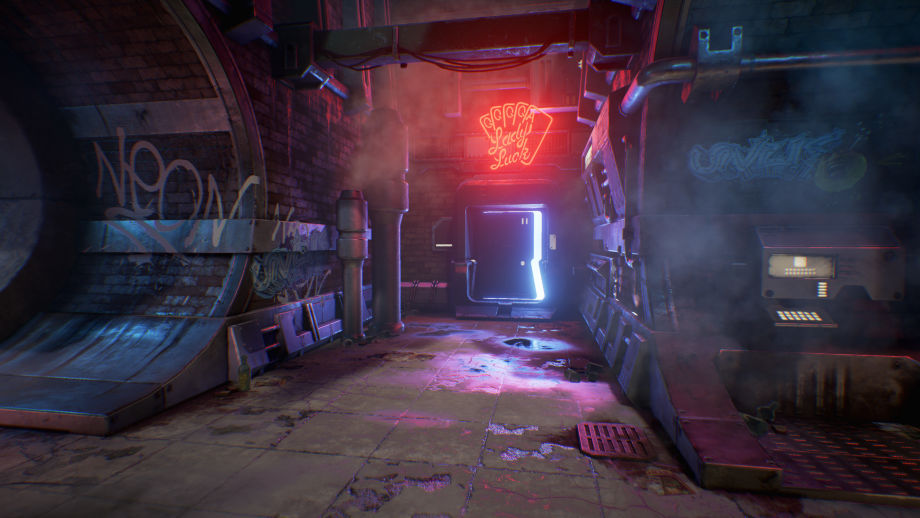 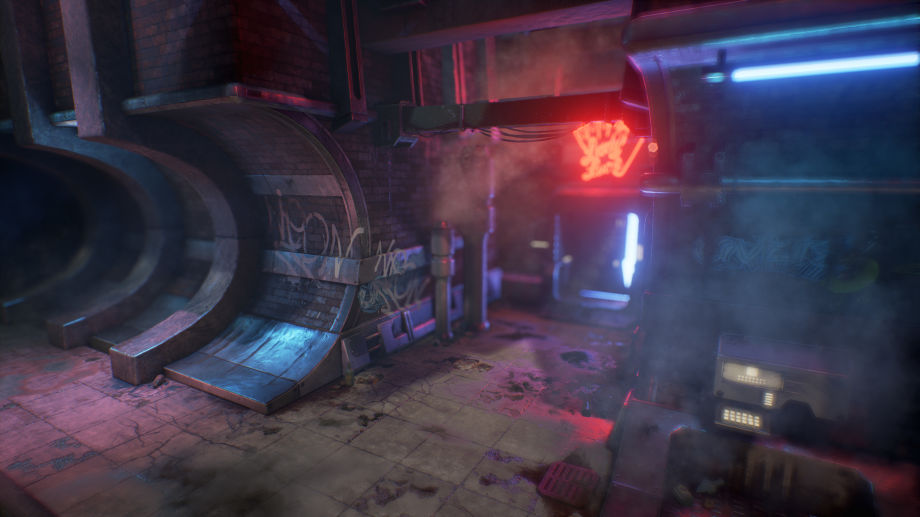 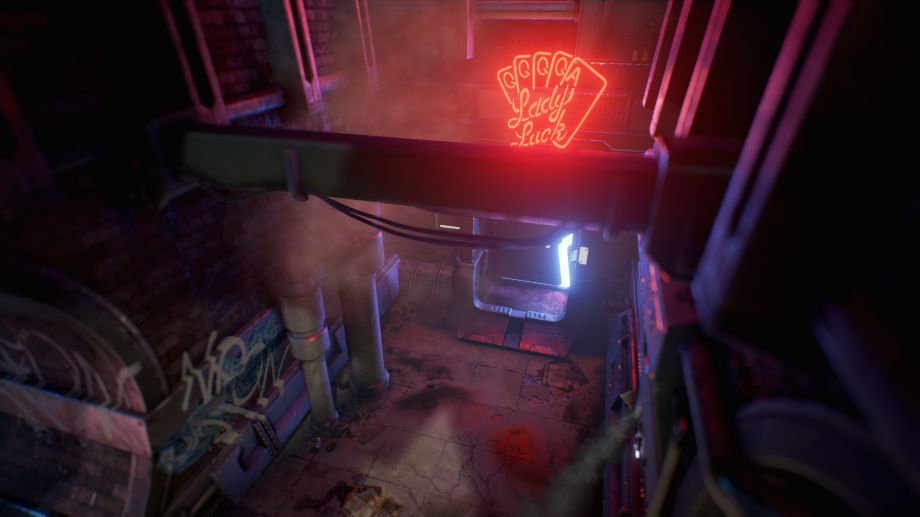 All “small mistakes” are much more visible on larger screens and bigger resolutions. Lighting also needs to be done on a whole different level and has a science of its own. On the flipside, I learned to make as much as possible with as little as possible! I understood that readability, silhouette, the composition and atmosphere of a scene are much more important than small details.

You should try to inhabit the world you are helping create.

One of the most important lessons I learned is that you should try to inhabit the world you are helping create. Your assets and environments should always try to tell a story. When they do, you know you have something worth showing.

The first step with any piece of art is a bit of pre-production, which usually involves sketching an idea, researching as much as I think I will need to know about the subject I’m creating, gathering lots of references (ranging from movie stills and photos to concept art). Major influences for this piece were Blade Runner, Mass Effect, and Cyberpunk 2077.

For the Alley Project all I knew was that it needed to be a cyberpunk environment in which two characters were going to be placed at a later time. Working with Vlad Ricean, I made a few rough block-outs which he detailed and helped to find the mood and visual style:

When working in a team I find that the best approach is to know your weaknesses and not be afraid to ask others for help. I’ve asked for a lot of feedback for this piece, both from artists around me and online communities, such as Polycount, as it was the first time I’ve tackled a next-gen environment or used Unreal Engine. 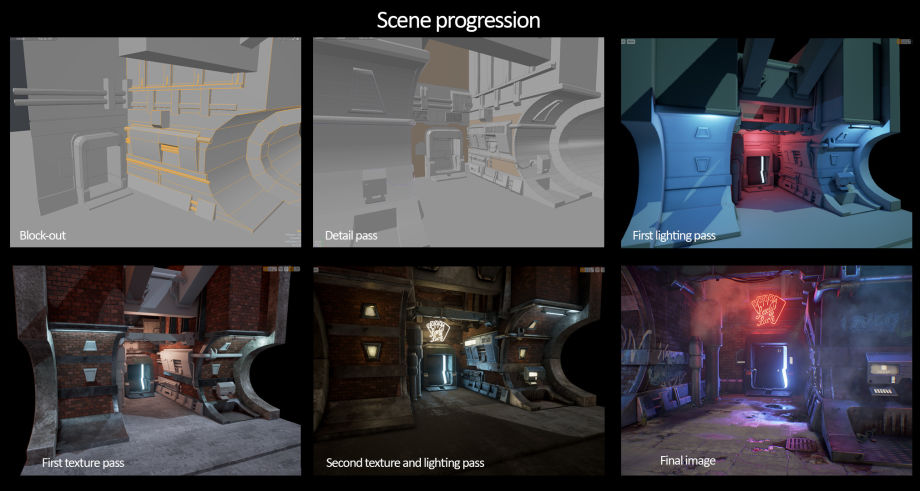 My goal with this piece was to find a fast and feasible workflow in which I could produce detailed, accurate assets, without baking a high poly mesh to a low poly one. And even though this increases the overall polycount, a lot of time is saved. Time that can be used to further refine textures or work on the lighting and composition. Luckily, MODO has extremely robust modelling tools and using the Vertex Normal Toolkit meant I could have complete control over shading. 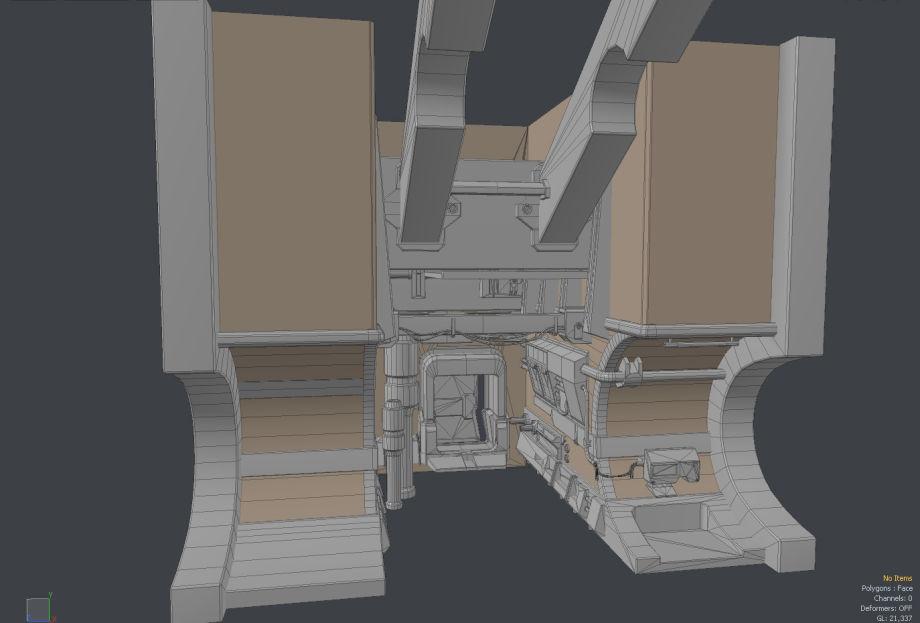 Speaking of lighting, while working on this piece I realized how important lighting is in creating AAA environments. Using the really well done Unreal Engine examples and documentation, I noticed that the textures they used were relatively neutral in colour. They use a lot of grey values which they then “paint” with light. 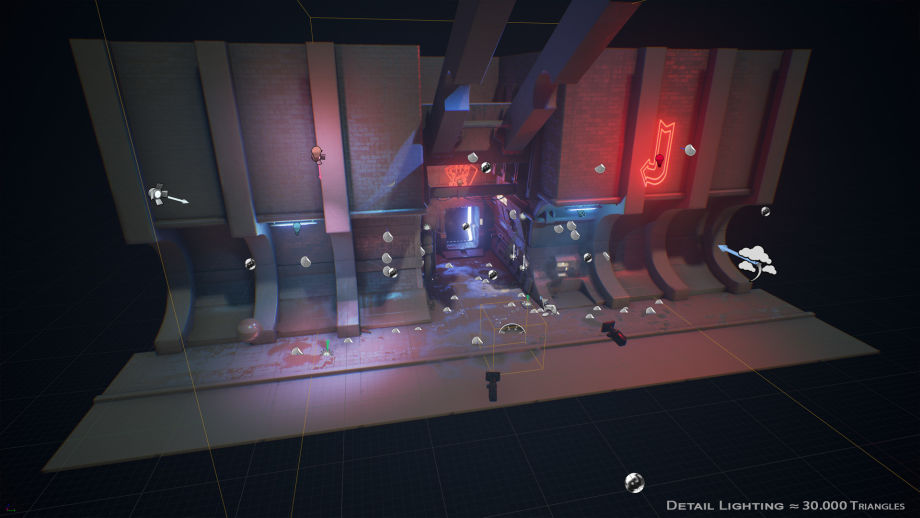 A flat lighting version of the scene looks dull and uninteresting. All the bright colours and deep shadows were created by playing with the lights, either in colour, intensity or position. This took a lot of iteration and, as I mentioned above, a lot of feedback. Luckily, the Unreal Engine is a really powerful tool for iteration and that helped a whole lot!

Substance Painter is an amazing tool. The amount of time saved by being able to paint and edit diffuse, roughness, metalness in real time is huge.

And what’s more, it enabled me to create highly detailed normals on my assets without baking. The ability to directly paint normals felt amazing. Using a combination of the basic brush and alphas, I managed to get really nice results in a very short time. Needless to say it has become a staple in my workflow. 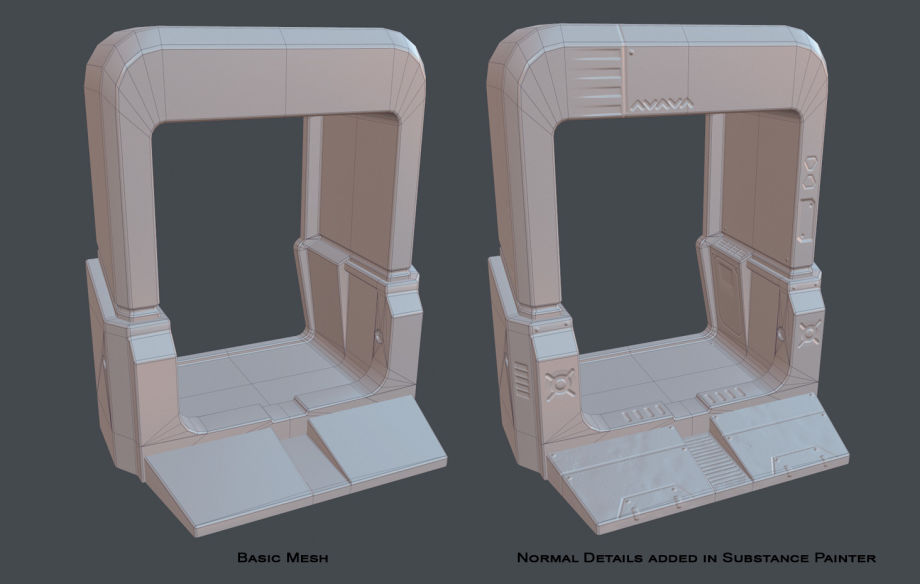 I haven’t had a chance to use their latest version, but from what I’ve seen from the preview videos, it looks amazing!

I always build assets with the environment in mind. And while a mediocre asset can’t ruin an otherwise good environment, but good assets can become more than the sum of their parts. 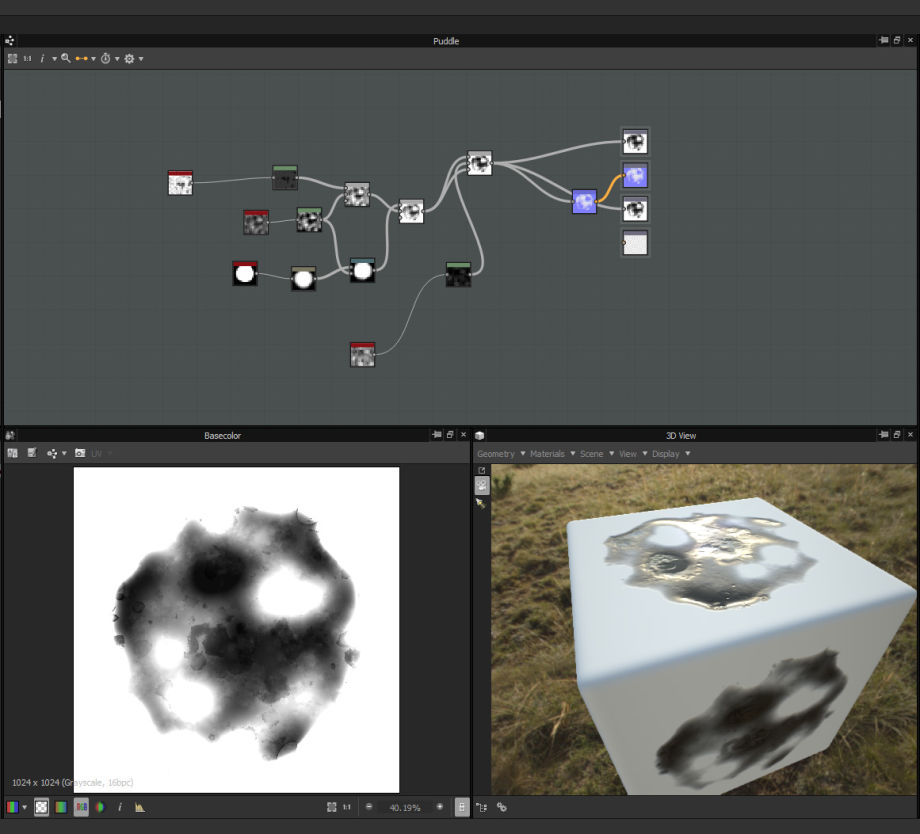 The Creation of Assets and Environment

Even though asset creation is more about the silhouette and building environments is more about composition and atmosphere, I’d say they go hand in hand. I always build assets with the environment in mind. And while a mediocre asset can’t ruin an otherwise good environment, but good assets can become more than the sum of their parts.

My advice would be this: use the basics of composition and colour not only for environments, but for asset creation as well. Use subtle colour variation, use lots of detail next to empty space so that the eye has a place to rest, use repetition to emphasize form, use contrast, either in colour or shape to create visual diversity.

If you have any questions, or want more detail about how I tackled a specific thing, shoot me an email or find me on Twitter.

If you want to check out the whole project go to our Artstation.